No Widgets found in the Sidebar Alt!

No Widgets found in the Sidebar Alt!

…This could take a while.

The last couple of days have been something of a nightmare. We finally have a rebuilt motor and Saturday saw me putting it back in the frame for final fitting. Except that when I tried to fit the radiator bracket which is mounted on an engine mounting bolt, I hadn’t realised that the bolt was too short (it had torqued up ok on the previous motor) and stripped the threads in the cylinder head.

Having been at it all day, I decided to leave it until Sunday so I could look at it with a fresh mind. The only option was a helicoil which I don’t have in the M10 size needed but I figured I needed to know how bad it was so Sunday morning, the engine was lowered (it can be rotated on the rear mounting so it didn’t need to be taken out completely) and inspected. As it turned out, only the end few threads had gone so a tap was run through it to clean up the damage and it became apparent the rest of the threads were ok.

This then left me with the problem of finding a longer bolt (but the correct length) to refit with. As luck would have it, during the original supercharger build, we bought some spare bolts of various sizes just in case and I knew I still had some. Also luckily, I actually knew where they were (they have been in the back of the van since) so after locating them, I procured the bolt needed (only one was any good, as in the correct spec) and it was actually exactly the correct length. Yay!

So in that went. Then onto the other side of the frame… The first bolt wouldn’t line up, no matter how the engine was jiggled. Now, I know why and at this time that is information I cannot divulge, and my solution is information I am(very) unwilling to divulge due to the nature of the cure… suffice to say, the bolt now fits.

But then, the middle bolt wouldn’t go in. Now this one was lined up and shouldn’t have been a problem but when I looked at the bolt, some of the threads on that one had turned over. I tried running the thread tap through the hole but couldn’t see if it was lined up straight so rather than destroying what thread was still in there, I removed the adjuster that the bolt goes through and allowed the tap to seat correctly before affecting the repair.

Then I had to locate a new bolt… (go figure) The advantage of having a few bikes in various states of (dis)repair is that sometimes, you have another part you can raid. This was the case this time except that the frame/engine I needed to get to was under a set of shelves at the very back of the garage and meant I had to remove all the stored items (junk?) from to garage to get to it. Anyway, that done, the bolt was replaced and everything was looking up.

The next job was to get the supercharger and oil cooler fitted. This in itself went without much in the way of issue and left only the carbs to fit.They were a little awkward as in the last six months that the bike has been standing, they had hardened up and required attention in the form of heat and rubber grease. Job done.

After filling the various orifices with oil, water and fuel (although it was fortunate I only put about a litre in the tank), it was time to fire it up.

This is where it all began to come undone. I turned the ignition on, the fuel pump kicked into life and the quick release connector spat fuel everywhere. I quickly turned the bike off and jiggled the connector, turned the ignition back on…no fuel leak. Phew! Well, not from the connector at any rate. The nitrous fuel supply pipe decided to rupture… the problem here was that I then had high pressure fuel aimed straight at my face! I VERY quickly turned it off again. Then I wasted time trying to find a suitable piece of fuel pipe to replace it with.

As the carbs had been cleaned out, it took a little while for fuel to get through but what was more worrying was that the oil pressure warning light was taking a very long time to go out. Then the motor started to ‘burp’ and to my relief, the light went out, the motor fired up briefly. then cut out. then fired up again…then stopped. At this point, I saw fuel pouring (not dripping, pouring) out of the exhaust port. The motor had hydraulically locked so the only thing to do was strip the carbs out again as I was assuming the float valves had failed.

I removed the air intake pipe from the supercharger to get to the front spark plugs and about a half litre of fuel came pouring out! WHAT THE HELL? There is no way fuel should be anywhere near the charger so as quick as possible, I removed the supercharger itself only to find more fuel pouring out when I removed the two bottom mounting bolts. Now this was a worrying state of affairs as this unit is not designed to move fuel, only air. It was placed in a box to drain and hopefully evaporate any fuel that might have been left in there. I pulled the carbs out and two of the inlet ports were FULL of fuel. This was not unexpected but definitely not welcome either. With the plugs removed, I span the motor over to clear the inlets and empty the cylinders. Then some oil was dropped in the inlets and the motor spun over again to distribute it around the pistons et al.So with the engine made safe, I stripped the carbs. As I turned them over, lots of fuel came out of the float bowl pressure pick up tube. Again, there shouldn’t be any fuel anywhere near that. After removing various caps and covers, it became apparent that the carbs had been filled to over flowing with fuel so they had to be completely cleaned out and dried. I have yet to open the plenum to see how much fuel ended up in there.

Now, the summary of this is, there had to have been a major overload of high pressure fuel to create this much issue and the only thing I can think of is that the fuel pressure regulator failed in the first instance. This would have filled the carbs, pushing fuel back out the breather pipe which is connected to the float bowl pressurisation pick up tube which points directly down the charge tube which leads straight into the impeller for the supercharger. A quick check showed the fuel pressure in the second instance to be correct so this will need to be investigated. Anyway, a positive to take from this is that the newly rebuilt engine started up and ran so that’s a good thing. However, to rub salt in the wound, the oil cooler pipe union was leaking badly so I have to sort that out as well. Bugger!(Ps, I also managed to gouge my leg on the bloody adjusting handle of the abba stand that Ragged Edge is sitting on atm so that helped the mood…not!) 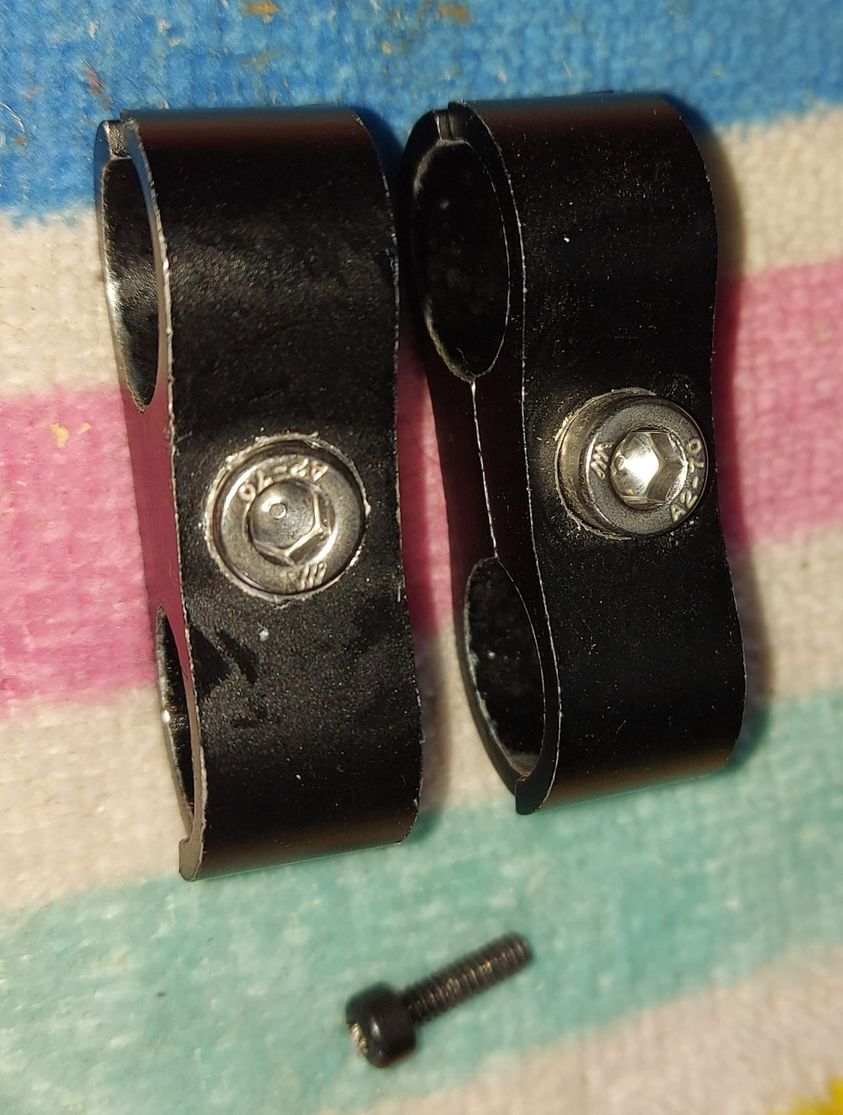